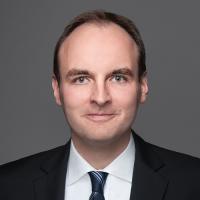 It’s Time to Stop Staring at Your Mobile Device: The Importance of HCI Perspectives for Next-generation Navigation Devices
In my talk  I give a broad overview of my research. My research interests lie at the intersection of human-computer interaction (HCI), geographic information science and ubiquitous interface technologies. In our lab, we investigate how people interact with digital spatial information and create new methods and novel interfaces to help people interact with spatial information.

For example, catastrophic incidents associated with GPS devices and other personal navigation technologies are all too common: a tourist drives his rental car across a beach and directly into the Atlantic Ocean, a person in Belgium intending to drive to a nearby train station ends up in Croatia, a family traveling on a dirt road gets stranded for four days in the Australian outback. I will characterise key patterns that exist in these incidents and enumerate implications for research and design in HCI that emerge from these patterns.

In addition, researchers and mapping platforms have shown growing interest in optimizing routes for criteria other than simple travel time, e.g. identifying the “simplest route”, the “safest route”, or “most beautiful” route. However, despite the ubiquity of algorithmic routing and its potential to define how millions of people move around the world, very little is known about the externalities that arise when adopting these new optimization criteria, for instance potential redistribution of traffic to certain neighborhoods and increased route complexity (with its associated risks). I will present the first controlled examination of these externalities, doing so across multiple mapping platforms, alternative optimizations, and cities.

Biography
Johannes Schöning is a Lichtenberg Professor and Professor of Human-Computer Interaction (HCI) at the University of Bremen in Germany. Before, and coming to Bremen, he was a visiting lecturer at UCL, UK, helping to setup the Intel Collaborative Research Institute for Sustainable Cities and had a faculty position at Hasselt University, Belgium. He is also currently a visiting professor at the Madeira Interactive Technologies Institute (M-ITI), Portugal. Previously, Johannes Schöning worked in Saarbrücken, where he was a senior consultant at the German Research Centre for Artificial Intelligence (DFKI). During his time at DFKI, he received a PhD in computer science at Saarland University (2010), which was supported by the Deutsche Telekom Labs in Berlin. He obtained his Master’s degree in Geoinformatics at the University of Münster at the Institute for Geoinformatics (2007).