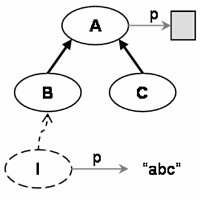 In this project, WISE studied the problems related to the evolution of ontologies. As is the case with everything in the world that surrounds us, ontologies are not indifferent to changes. Ontologies evolve as a consequence of changes of domains they describe as well as changes in business and user requirements. Because ontologies are intended to be used and extended by other ontologies, and because they are deployed in a highly decentralized environment as the Web, the problem of ontology evolution is a far from trivial problem. The fact that ontologies depend on other ontologies means that the consequences of changes don’t remain local to the ontology itself, but affect depending ontologies as well. Furthermore, the decentralized nature of the Web makes it impossible to simply propagate changes to depending artifacts. 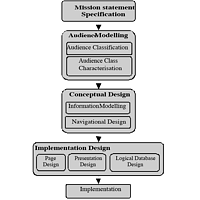 WISE developed as one of the first few a Web site design method, called WSDM (1998). This method followed a completely new approach in designing Web applications, called the ‘audience driven’ approach, which is nowadays followed by many Web design methods. The original WSDM method, and its associated modeling formalisms has evolved over the years to a complete ‘semantic’ web design method, both applying and deploying semantic web technology, and supporting the generation of semantic annotations. Different master student and PhD students have considered and still consider a variety of additional design issues, such as adaptivity, localization, accessibility, and social tagging, while others have focused on code generation and tool support.