Individualization in Serious Games: A Systematic Review of the Literature on the Aspects of the Players to Adapt To 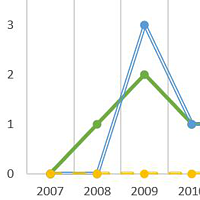 It has been extensively argued that individualizing a serious game to the characteristics of its players is a major contributing factor to its effectiveness. To realize this individualization, the identification of player aspects that can be used as input is essential. Despite its importance, research works that review and highlight the most widely used player aspects for the individualization of serious games are lacking. This article presents a systematic literature review (SLR) on this topic and provides an overview of the empirical evidence from the literature on the effect of individualization on players’ experiences, learning, or other outcomes. The results of this SLR show that aspects of players related to performance (e.g., in-game and task skill measures) are among the most frequently researched ones for individualization, while aspects pertaining to physiological states (e.g., attention, stress) or personal traits (e.g., learning style, intelligence) are less studied. This SLR will help researchers and practitioners in making informed decisions regarding what aspects of players have yielded successful individualization in a serious game. The paper also points to aspects and subjects on which research is lacking such as user data from extended reality headsets, Geo-location data, and data fusion.
Publication Reference
Sajjadia, P., Ewais, A., De Troyer, O.: Individualization in Serious Games: A Systematic Review of the Literature on the Aspects of the Players to Adapt To. In Entertainment Computing, Volume 41, 2022, 100468, ISSN 1875-9521