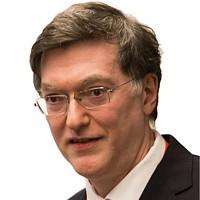 Thanks to the generous support of the Francqui Foundation, the Web & Information Systems Engineering (WISE) lab of the Vrije Universiteit Brussel is happy to present a lecture series by the 2020 Francqui Chair holder in Computer Science Prof. Dr. Jean Vanderdonckt, hosted by Prof. Dr. Beat Signer:

Gesture Interaction with Devices and Systems: Is it Really Natural?

Everybody with an interest in the scientific challenges of gesture-based user interfaces and interactions is invited to attend the series of five lectures (in English). The lectures are free and open to the public but we would like to ask you to register for the inaugural lecture by February 12 (extended until February 17)   via the following link.

This inaugural lecture will introduce the audience to the major aims and goals of people interacting with any system (e.g. a computer, a smartphone, a screen or a service) by relying on human gestures. It will raise the ethical question of whether any gestural interaction could be considered as natural. It will then presents a series of myths, that gestural interaction may induce and that are not (yet) true. During this discussion, a permanent insight will be kept with our human capabilities to check whether this is acceptable or not.

The inaugural lecture will be followed by a reception in the Atrium I.1 starting around 18:00.

This first lecture will introduce the audience to the terminology, the concepts, and the methods involve in producing a gestural interaction. In particular, the mathematical properties of invariance will be defined, demonstrated, and exemplified for gestures produced in 2D (e.g. on a surface like a smartphone), in 2.5D (e.g. produced in space, but project on a plane), and in 3D (e.g. produced in mid-air with a full body). Features useful for machine learning applied to gesture recognition will be also discussed.

The second lecture discusses design challenges for gestural interaction from both the human and the system points of view. We will extensively discuss the evolution of gesture recognisers. After defining gestures based on existing taxonomies, we will introduce, motivate, and discuss fundamental concepts for gesture interaction, such as flicks, marks, strokes, gesture recognisers, gesture articulation variability, properties of invariance (sampling, stroke, direction, position, scale, and rotation), gesture set, training set, lagging and elicitation studies.

Lecture 3: Conducting a Gesture Elicitation Study: How to Get the Best Gestures From People?

This third lecture will teach the audience on how to conduct a gesture elicitation study. Instead of suffering from system-defined gestures imposes by software and hardware vendors, the goal of this method is to identify user-defined gestures, by prompting real-world users to select their most preferred gestures to activate commands they really want.

The fourth lecture will enable the audience to properly evaluate the quality of a gestural interaction based on several usability quality and factors. It will then conclude this Francqui Chair lecture series by presenting some avenues for the future in which gestural interaction could become really “natural”. Gesture analysis can be performed in many ways, such as evaluating users’ consistency of articulating gestures, using numerical features to describe gesture geometry and kinematics, and using appropriate visualisations to understand variation in gesture articulation.

Biography
Jean Vanderdonckt is Full Professor of Computer Science at the Université catholique de Louvain (UCL) in Belgium, where he is director of the Louvain Interaction Laboratory. With his team, he is investigating the engineering of computer-based systems from the user interface point of view, by developing models, methods and tools to support the whole development life cycle of user interfaces with the ultimate goal of usability as a major quality factor. His research interests include human-computer interaction, software engineering, information systems, model-driven engineering and the World Wide Web. He is ACM Distinguished Speaker, ACM Distinguished Scientist, IEEE Senior Member. He is Associate Editor of ACM TiiS, KAIS, AHCI, Interacting with Computers, UAHCI and co-editor-in-chief of Springer's Human-Computer Interaction Series and Briefs. He is co-chair of the IEEE RCIS 2019 and ACM EICS 2019 conferences. More recently, he is the editor of the Springer Handbook in Human-Computer Interaction, a forthcoming encyclopedia in HCI with 100 chapters. For more information visit http://www.uclouvain.be/jean.vanderdonckt