Designing Prosthetic Memory: Audio or Transcript, That is the Question 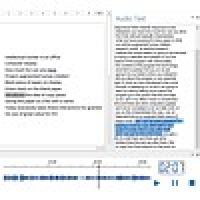