For years, the logic course in the first year of our Bachelor in Computer Science was a serious hurdle for many students. Most of the students computer science perceive the formal and abstract mechanisms of logic as difficult and awkward to deal with. We have seen a lot of procrastination with regard to studying this subject. As a result, the basic principles were often insufficiently known and quickly the students could no longer follow the explanations given during the lectures and exercise sessions. This in turn led to reduced motivation or even dropouts.

Since educational games are commended as an enjoyable and effective way for learning, we decided in 2015 to develop an educational game for the course. We decided to first focus on practicing the truth tables of proposition logic, as a good knowledge of the truth tables is essential for understanding more complex topics introduced later on in the course. This resulted in the development of the TrueBiters game.

A first version of the game was developed by a master student, Eman El Sayed, in the context of her master's thesis during the academic year 2015-2016. The master thesis describing this first version of the game, its development and evaluation can be found here. This first, but limited evaluation was promising. Next, the game has been improved on various aspects, such as graphics, supported platforms and game modes, and was embedded into the course. The Education Innovation Fund (OVP) of the VUB supported these developments.

TrueBiters was inspired by a card game called “bOOleO” on Boolean logic. We adapted the game to proposition logic and digitized it. Since most of our students have a smartphone and playing games on smartphones is popular among youngsters, we decided to develop a game for which they could use their smartphone with typical gesture-based interactions.

The goal of the game is not to teach the truth tables but to practice their use. In this way, the game is complementary to the lectures, but can be used as a replacement for some of the exercise sessions.

The evaluations carried out in the autumn semester of 2017 with the university students, show that the game is a good complement for the traditional face-to-face exercise session, that students who played the game have better results, but also that making the game available without obligation to use it, was not the best approach.

Here we provide a short description of the last version of the game. Related articles and links to manuals and the software are given below.

The game allows for practicing the basic logical operators of propositional logic: AND, OR, IMPLY, EQUIVALENT, and NOT.

In principle it is a two-players competitive game, but the game can also be played alone.

At the start, the game generates six random binary values (1 or 0, called bits). As is common in logic, the value 1 represents TRUE and the value 0 represents FALSE. These bits are placed at the top of a triangular board composed of tiles (see figure 1), and the goal for a player is to reduce the sequence of bits into a single bit, which should corresponds to the rightmost bit of the sequence. 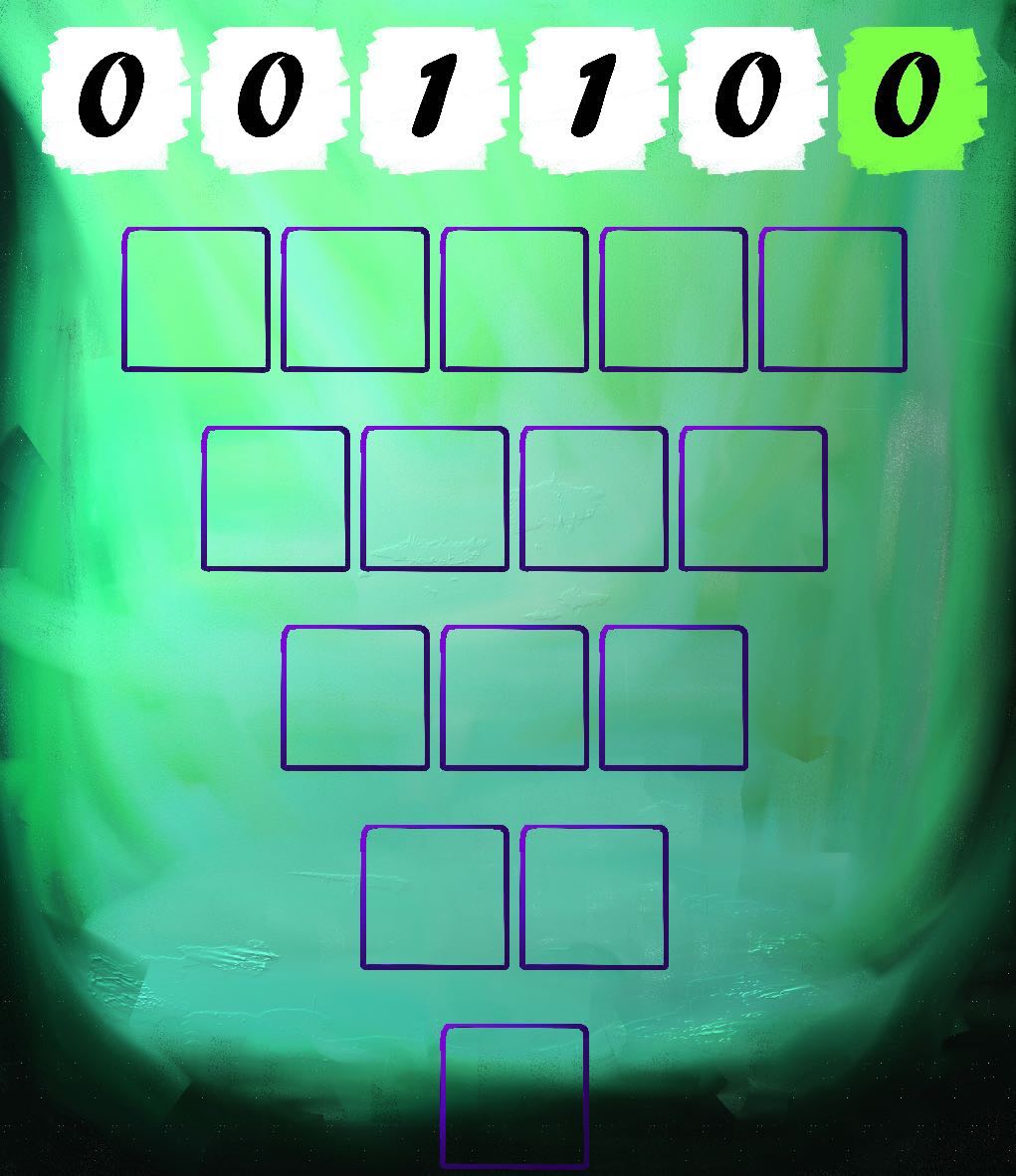 Figure 1: The triangular board

Reducing the bits is done by filling the triangular board step by step, each time applying a logic operator on two bits; in this way each time two bits are reduced into one bit.

Each binary logical operator is represented by a fictive creature that can eat two bits and spits out one bit (see Figure 2 for some examples). Each creature type comes in two versions: one that spits out the 1-value and one that spits out the 0-value. This is because each logical operator can result in TRUE or FALSE depending on the input values. The player should use the correct version of the creatures when reducing the bits otherwise the reduction is invalid and the turn is over. This will force the players to be very familiar with the truth tables of the logical operators because each mistake will result in a turn lost. 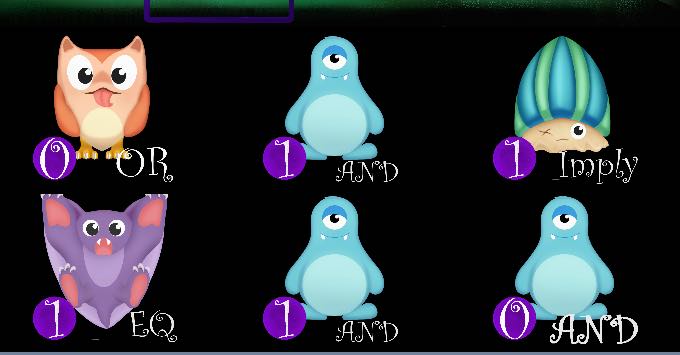 Figure 2: Some example of the creatures that eat bits

When two players play the game, both players has a similar goal, i.e. reducing a sequence of bits into a single bit but the players’ sequences are inverted, i.e. each bit is the inverse of the corresponding bit given to the other player. Each player has his own triangular board to reduce his bits. The two players play in turn. The first player that achieves his goal is the winner.

In the two-players mode, each player can use his own device or they can share one device. Figure 3 shows a screenshot of the screen for the two players version. When they are sharing a single device, the players can see each other’s creatures, which is not the case when each is using an own device. In that case the devices communicate by Bluetooth. 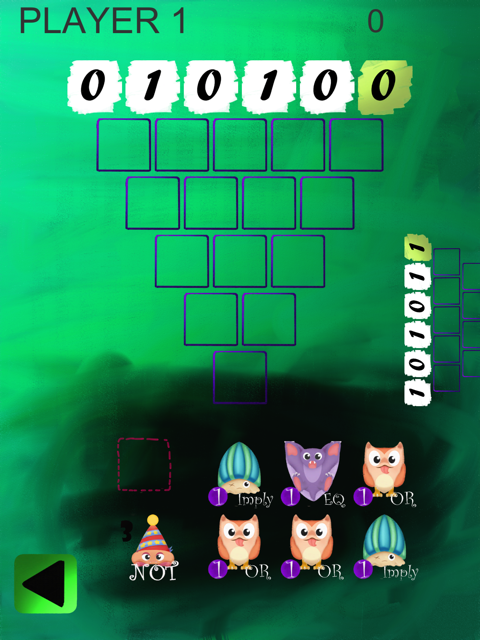 A Dutch manual is available here

Here is a Dutch instruction clip:

An English manual and instruction clips will become available later.

The game is available for free. Download the Android version or the iOS version from the Apple App Store (name: Truebiters) or play the Web version . 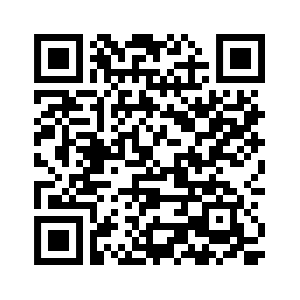