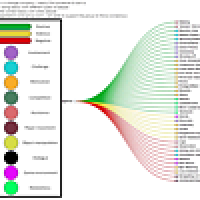 Over the past decades, computer-based learning systems have been implemented in a wide variety of domains, ranging from industry and military, to healthcare and education. They allow us to reach a large population, while being able to provide individualized experiences. Computer-based learning systems are especially useful in education where media such as games can be utilized to emerge students in rich, motivating and playful environments to acquire new insights and skills.
The concept of individualization is complex, and if examined systematically, composed of different facets. One of the facets essential to the realization of individualization is the “aspects of the player used to drive the individualization”. This facet includes aspects such as performance, affective states and physiological parameters. While some aspects have been fairly well researched, others, such as the Multiple Intelligence (MI) dimensions based on the “Theory of Multiple Intelligence” (MI) have been largely neglected. This is peculiar, since MI is in particular recognizing differences between people in term of their abilities to solve problems or create products.
In this dissertation, we explored by means of a survey study, possible relationships between MI intelligences and games, as well as its relation with the
fundamental building block of games, known as game mechanics. The results of this study show that correlations exist between the MI intelligences of players and preferences for games. The study also indicates that these correlations can be further refined into mappings between the MI dimensions and preference for game mechanics. We argue that the findings can be used in the design of player-centered games that target players with specific MI intelligences. Therefore, we also evaluated the effectiveness of some of the proposed mappings for the individualization of learning games by means of experiments. In order to do so, we designed and developed two games targeting players with certain MI intelligences. The design was based on the insights gained from our research, i.e. the mappings. The results show that for these two games, individualization based on the MI intelligences of the players contributes positively to both game experience and learning outcome.
To support such a player-centered design approach, a tool that supports the use of the aforementioned mappings has been developed. As such, this dissertation offers game designers, developers and researchers a stepping-stone towards designing individualized games that successfully enhance players’ game experience and learning outcomes.
Publication Reference
Sajjadi, P (2017). Individualizing Learning Games: Incorporating the Theory of Multiple Intelligences in Player-Centered Game Design. PhD Thesis, Vrije Universiteit Brussel