Dialogue and social behaviour of agents in games 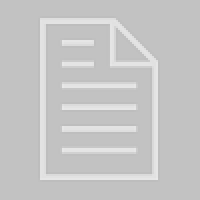 As games keep evolving and improving in areas such as graphics, audio and physics, game players also expect the games to have believable agents. Many games have been criticised by players because of repeated dialogues; or because of the developers‟ lack of knowledge of the game world; or because the player is unable to avoid obstacles in the game; etc. Furthermore, games may also be unpopular when their agents do not make mistakes, or exhibit better behaviors than real humans.

This paper describes some state-of-the-art adaptive agents, and it focuses on dialogue and social interactions. It discusses game agents and their importance in games. It provides some history on what approaches have been used in games. This paper explains the basis and ideas used for adaptive agents (including emotion and personality models), and examines the approaches used by developers including Maxis (Sims 3), Valve (Left 4 Dead), The University of California (Prom Week) and StoryBricks.
Publication Reference
Cebelledo Gutierrez, E.O., De Troyer, O.: "Dialogue and social behaviour of agents in games". In The Computer Games Journal, 3(1), 2014.